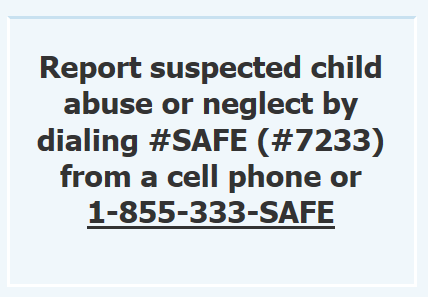 Over the years, we have seen CASA volunteers impact the lives of children in foster care in five key ways:

1. Review the File Thoroughly: One of the first tasks the CASA volunteer must undertake is to review the court file as thoroughly as possible.  A case in point is one where CASA volunteers, a husband-and-wife team, were enlisted to advocate for a child who was dying of AIDS.  Working with the child’s social worker, attorney and doctors, they helped obtain what was considered an experimental treatment which helped prolong the child’s life. If that weren’t enough, in reviewing the file, the CASA volunteers located a previous prospective adoptive parent who had been discouraged from adopting because of the child’s illness.  With support from the CASA team, that relationship was renewed, and the child was adopted.

2. Get to Know Everyone Involved in the Child’s Life: CASA volunteers, in the normal course of their duties, have the opportunity to know everyone who touches the life of a child. When that happens—and when individuals understand the unique role of advocacy in children’s lives—it often opens doors. During a visit to a child’s school, one of our volunteers was asked to meet with the school principal, who shyly inquired whether the child was available for adoption. It turned out that the principal was interested, and she did adopt the child, who has had a very happy life ever since.

3. Improve a Child’s Stability: How many times have CASA volunteers been asked to step in because the system seems to be failing and a child’s emotional state is spiraling downward? And how many children are losing out on placements with families, being considered “unadoptable”? Time after time, we have seen children become more amenable to services such as counseling after CASA volunteers gain their confidence. When that happens, doors begin to open for that child, including doors of potential adoptive homes.

4. Help Obtain Missing Documents: The adoption process is often a complicated maze of paperwork for those going through it. Too often adoptions are delayed because some necessary document is missing. One of the luxuries that CASA volunteers have is a small caseload, usually one and seldom more than a couple. Our social workers and attorneys never have the luxury of a small caseload, which is one of the reasons there are so many cracks in the system that CASA volunteers help fill.

In Los Angeles, we had a case where our child protection department tried unsuccessfully for three years to obtain a birth certificate for a child whose foster family was waiting to adopt. Finally, the court requested CASA involvement. Like a detective, the CASA volunteer pursued a trail through hospitals, including a defunct one, child welfare agencies, the delivering obstetrician and others. Within six weeks, the CASA volunteer had a “delayed registration of birth” in hand, and the adoption was completed without any further delay.

As a long-time judge in the nation’s largest juvenile court, I know I speak for my colleagues in expressing our deepest appreciation for the help CASA volunteers provide to our children—and to those of us who must make so many critical decisions, especially those impacting permanence, for the children before us.